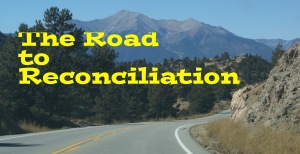 Once you have written your statement of responsibility for wronging someone, it’s time to put the show on the road. The essence of taking responsibility is to declare it to someone. It makes no sense to take responsibility in such a way that nobody hears it. When this particular tree falls in the forest, if no one is around, it makes no sound.

The person who hears your statement of responsibility should be a person who is capable of listening. Don’t pick that friend who can’t stop talking about herself or the one who never takes anything seriously. If you have someone who always feels he must solve every problem, tell him this is not a problem to be solved, it’s a story to be heard. Don’t pick the friend who never thinks you can do wrong, or the one who’s fed up with everything you do. Sit down with someone in the middle range between automatic approval and default disdain. You want someone who, when it is time for them to react, can be honest and forthright, not dodging and dissembling; about halfway between kind and cruel.

If you have a friend or relative who is like this, you can confess to her, but she should not be someone who’s involved. You don’t want to compound your error by putting this person in an awkward position with the one you’ve harmed. Don’t tell your wife’s sister you’ve been sleeping around; she may need to tell your wife. Your confessor should not be party to the crime, like the woman you’re having an affair with, or anyone who has an interest in the proceedings. It does you no good to confess your alcoholism to your favorite bartender, or your drug addiction to your drug dealer. It should be a neutral, third party. Someone who can be objective.

If you use clergy to hear your confession, you get the added bonus of getting someone who can put a good word in with your higher power, if you believe clergy can do that. They accept donations, but they will not send you a bill.

If you don’t have anyone in your circle like this, you might have to hire one. That’s where counselors come along. Any counselor with minimal training in listening can serve as your confessor; you don’t need a specialist or a highly paid Park Avenue shrink. Just be sure they know you’re hiring them to be objective and wise, not to co-sign your bullshit.

The purpose of verbalizing your statement of responsibility is manyfold. You need to hear how it sounds. You’ll feel better once you get it off your chest. You’re very likely to find that people won’t think you’re as loathsome as you think you are. Talking about what you did dispels shame. It gets your guilt in gear. It’s a dress rehearsal for saying it to the person who most matters, the person you harmed.

The person you confess to may need a little direction. You might tell her that you don’t need her to make you feel better; only you can make you feel better, you and the process of atonement. If your confessor doesn’t back away slowly, without turning around, with a horrified look on his face, after you tell him what you did, then he’s doing well. She also needs to know that you’re going to see whatever look she has on her face; therefore, if she is nauseated, there’s no sense denying it. She will probably not be nauseated, though; or run screaming from the room. You are probably harder on yourself than anyone else will be.

Your confessor can be most useful as a bullshit detector. Have him listen for hidden justifications. Have her look for spin. Urge him to see what you don’t want to see and tell you what you don’t want to hear. Coax her to consider how your statement may be received by the person you harmed. This is where having an honest and forthright confessor is invaluable, someone who can tell you if you’re kidding yourself.

But, for all I’ve said about your confessor being a bullshit detector, his job is not to judge or to point out your flaws, but to be a mirror held up so you can see yourself. Think of her as someone you ask if spinach is caught in your teeth. You have to show her your teeth and, if you have some, she has to be truthful. But, mostly she’s someone who, when she tells you there’s no spinach there, will give you the confidence to smile.

One thought on “Confession to a Neutral Party”