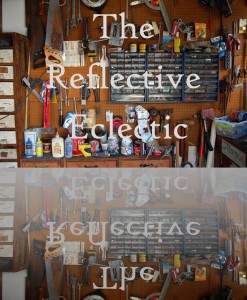 Let’s look at how the term got invented. There are a zillion brands of psychotherapy because every therapist wants to stand out from the rest. Once a shrink’s schedule is full, they can’t expand like other businesses; so, they write a book, make a Ted Talk, go on the training circuit, and sell their experience to other therapists. Looking to get a leg up on the competition, they take their techniques and study them with the scientific method. They test a hypothesis that their way gets positive results. Then they use those results to support their claims. That’s how we are said to get evidenced-based therapy.

Meanwhile, if you’re a therapist, you’re constantly hearing about new books, watching Ted Talks, and getting all those flyers for training seminars. It seems like everyone wants to teach you something. Which do you choose? What’s the very best? If you have an affinity for science and one claims to be evidenced-based, you might go with that. But evidence-based is not supposed to be an advertising slogan.

The whole point of science is to look at the evidence. Scientists don’t believe things just because they want to, or it feels good, or it has a large advertising budget, or even if they think it makes sense; they believe things when there is evidence to support them.

Unfortunately, it’s easy to hide biases in experimental design, dredge the data, hack the p, manipulate the controls, and bury the negative results in a desk drawer when those master therapists don’t get the results they want. No one’s the wiser when the study is not replicated. It’s easy to cheat and claim you have evidenced-based therapy.

If you have any desire to read a well-known therapist demolish the notion of evidenced-based therapy, check out Where Is the Evidence for “Evidence-Based” Therapy? By Jonathan Shedler. I won’t get into his argument here. It’s detailed enough for any behavioral science geek to love.

But Shedler’s points are vulnerable to criticism. He’s a psychoanalyst, representing a school of thought that’s been beaten up by the sciencey types from the very beginning for having no scientific evidence. He can be accused of sour grapes. Shedler doesn’t get the scientific results that support his claims, so he disputes the very notion of evidenced-based therapy. He says there are limits to what science can discover and his method is just outside those limits. The whole business of science is corrupt, anyway. It’s a sham, controlled by the big money.

Shedler makes a valid, but dangerous point. Yes, you can fake science and there are limits to what it can tell us; but, you’ve got to put your trust in something. How do you know what to believe? I believe science, as corruptible as it is, still gives the best answers.

In fact, I believe in science so much that I say, let’s use science all the way to the end. Use it to the point where the therapist delivers the therapy to the client. That’s where you really need the evidence.

When the master therapist writes a book, it’s just a book. It’s not therapy until the ideas are applied. When she gives a Ted Talk, it’s not therapy, then, either; it’s a Ted Talk. When she does a research study and publishes her findings, even then it’s not evidence-based therapy. The most you can say is, it’s evidence-based advice about how to do therapy. That’s a big difference. It’s not therapy until a person takes their suffering to a helper and the helper does something to help him. That’s where the evidence needs to be.

It does little good to recruit a few hundred subjects, train research assistants in a therapy protocol, and examine the results to dictate the therapy done with millions of clients when the number of contravening variables is almost infinite. So, you studied one hundred and forty-nine depressed people and found that CBT outperformed a control group of one hundred and thirty-seven receiving whatever other therapy their therapist provided. Were your subjects drinking? Abused? Poor? Men? Women? Trans? Traumatized? Of a minority culture? Were your subjects anything but a group of willing undergrads, the usual research subjects? Unless, your research subjects are exactly like my client in all the ways that matter, then what you have to say doesn’t mean a lot to me when I’m with that client. Meet my client and research her before you say you have evidence-based therapy.

As a reflective eclectic, this is how I base my therapy on evidence. When you walk into my office and don’t run screaming out, I’ve already done something right. That usually means I’ve made you feel welcome. Once you start to tell your story, I check to see if you keep telling your story. As long as you do, I have evidence what I’m doing is working.

There are lots of times when telling me your story is all you need to do to feel better. Any, psychoeducation, coping skills, stress management techniques, mindfulness meditation, cognitive re-framing, narrative deconstruction, motivational enhancement, empty-chair dialogues, miracle questions, paradoxical interventions, deep psychodynamic interpretations, or dream analysis is superfluous. In that case, I barely even have to open my mouth. If you want no more out of therapy, we stop there. If you feel better, that’s a significant piece of evidence. You can go home then, happy, and believing therapy worked.

However, I have evidence from other clients that just telling me your story may not be a long-term solution. It may help you feel better today, but you are likely to run into the same problem again. I’ll advise you to try some things. Generally, I’ll pull out some kind of Cognitive Behavioral Therapy (CBT) or one of its cousins, ACT, DBT, EFT, REBT, and MET. Not all of them have initials; there’s also relaxation therapy, mindfulness-based cognitive therapy, reality therapy, relapse prevention, stress inoculation, and systematic desensitization. If relevant, I’ll teach you active listening, conflict management, and give you the gratitude challenge. Basically, I’ll try to teach you some new coping skills. The CBT family is the darling of the evidence-based therapy crowd. They all say it’s the best therapy there is. But whether you practice these skills, is up to you. You may not have the time, the inclination, or the determination. It doesn’t matter how evidence-based a therapy is. If you don’t engage in it, it doesn’t work.

In my experience, most clients don’t practice their new coping skills as often as they should. Homework just isn’t their thing. The hour they spend with me is the only time they can devote to getting better. I can complain, nag, and scold about it, but there’s no evidence that doing any of that ever did any good. I must accept it as it is and do what I can while I have you. So, I pick a more indirect approach. If I can’t get in the front door, I’ll go to the back, try the windows, and even crawl down the chimney. We go back to the story you told in the beginning and I elicit the stories you didn’t tell.

What I trying now is a whole ‘nother family of psychotherapies, the insight-oriented ones like narrative, gestalt, psychodynamic, internal family systems, and existential. I have you look at things from another perspective, give voice to the voiceless parts of you. I pull out my Inner Active Cards or have you ceate a family sculpture. I listen to your dreams. We talk about spirituality. We go deep. The idea is that, the story you originally told is what gave you the problem; the stories you don’t tell have the solution.

These methods are very different from those of the CBT family. They are impossible to standardize. When you go to a CBT therapist, you know what you’re getting. Your therapist already knows what he’s going to ask you, and in what order. He has a workbook that tells you everything you need to know. The so called, “evidence-based” therapies turn therapy into a commodity, like wheat. The insight-oriented therapies are bread, croissants, and cupcakes; biscotti, danish, muffins, scones, turnovers, and cookies; pies, tarts, cakes, baguettes, and rolls. The outcomes of insight-oriented therapy are variable, they depend on the skill of the therapist and the personality of the client. The result can be a spectacular thing of beauty, or it can just fail to rise.

I don’t fault anyone for not wanting to go there. It might not be your thing. Some people take piano lessons so they can learn to play Happy Birthday, others want to play Beethoven, still others want to create their own music. The piano lessons are good to the extent they help the student achieve her goals. Therapy should be assessed the same way, in a way that respects everyone for the lives they live and allows them to have a better life.