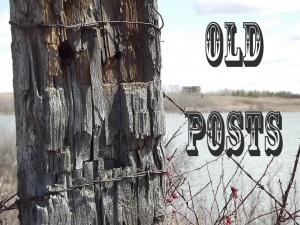 There are the four factors that contribute to an addiction. Chemistry, habit, emotion, and idolatry. Any response to addiction that does not take all four into account is going to fail.

First there’s the chemical. That calm feeling you get from Percocet is just too good to give up. The sickness you feel when you are in withdrawal is just too bad to bear. Genes get rewritten when you use cocaine often enough, so that nothing but cocaine can make you happy. Your brain cells get pickled with enough alcohol. No wonder your thoughts get soft and mushy. When you use a chemical, you are bringing about a chemical change. Don’t be surprised when that chemical changes you.

Even when you’re not taking a chemical into your body, a chemical is keeping you hooked. Your body makes its own chemicals. The excitement when you gamble, shoplift, or take other insane chances, is adrenalin, pure and simple. They don’t call you an adrenalin junkie for nothing. When you fall in love for the zillionth time, that feeling of irrepressible optimism you get involves a chemical change. Phenethylamine (PEA) is being produced. They bottle a version of that stuff and sell it as an amphetamine, but you’re making your own.

Even the very cells of your body are addicted. Mute mitochondria are screaming for it. It all comes down to chemistry, which all comes down to physics, and you can’t buck chemistry and physics. You might just as well try to turn over the Periodic Table or overthrow the force of gravity. You can’t fight the laws of nature.

Oh, but you can. People do it all the time. All it takes is a few days to get past withdrawal and a few months to revise the genes that had been revised before. There are a few cases of permanent brain damage, persistent LSD flashbacks, a sopping wet brain, but they are rare.

Chemistry got you in this mess and chemistry can help get you out. There are pills for withdrawal, too. It’s possible to control doses and gradually titrate down your dependency. The chemical part of addiction is the least of your concerns.

Chemistry is part of addiction, but it is part of recovery, also. The changes that occur that we call healing are physiological changes, too. Restoration is real.

Habit
The second part of addiction is the habit. Do something long enough and it becomes automatic. Consciousness is a limited resource. The sooner the brain can move a procedure into the unconscious and not have to pay attention, the more efficient it is. If you don’t believe in the unconscious, try walking across the room while ordering each muscle to move right when it should. You can’t do it. You don’t know how to do it, yet, you do it all the time. It’s unconscious.

The woman who unthinkingly lights up a cigarette after each meal, when she gets in the car, or answers the phone is doing it unconsciously. The process of getting her pack of cigarettes, pulling one out, putting it in her mouth, and lighting it up has been repeated so many times it’s as automatic as walking. Not only the behavior, but also the decision to smoke is automatic. Even if she thinks about whether or not to smoke, her rationalizations are also automatic. She never really gets a chance to decide whether to have a cigarette because her body is doing it unconsciously without her.

Habits can seem immutable, but, like chemistry, they, too, can be changed. Simply by putting her pack of cigarettes or lighter in a different place, preferably not close to hand, the spell will be broken when she finds she has to look for them. Change brands of cigs so the package looks different, switch from a litter to matches, sit on the other side of the dining rom table. The more she can switch things up, the more barriers she can place between her and her cigarettes, the more likely she has to think about what she is doing. Then, once a habit is broken, a new, hopefully more healthy, habit is formed. One that goes on just as automatically as the previous one.

People keep on saying you should leave your drug, but they don’t understand. You’ve been through a lot together. It was there for you when no one else was. The mouth of that bottle kissed you when you were at your worst. You hugged it when you were all alone. The bottle understood what you were going through and you didn’t even have to say anything. It didn’t judge. It was there at your darkest times. It put you to bed at night and woke you up in the morning. It came when you met with friends. It joined you in every meal. It never forgot you on holidays. It toasted your every accomplishment. Even if there have been problems, you take the bad with the good. It’s not right to turn your back on a friend without offering forgiveness.

Giving up a drug is like ending an abusive relationship. Even if your feelings have changed, you still fear a bad break up. You know that things can get ugly after rejection. It’s sometimes better to settle, to pretend you’re happy, than it is to go it alone.

This factor, the love affair you have with your drug, I believe is one of the most difficult parts to overcome. You’ve got your emotions caught up in the addiction. Emotions can be very persuasive. Emotions tell us what is important and they’re telling you that your drug is very important. Don’t leave home without it.

What I can say to this? Well, other than the fact that your drug is a thing and not a human being, or even animate.

Friends come and friends go, even inanimate ones. Grief can be painful and there is no grief as painful as losing something you love; even if it’s a drug. But, realize this: in the course of your life you will let go of every single person and every single thing there is, including a drug. You can try to hang on for as long as you can, but eventually all things come to an end, one way or another. You can relinquish it now, on your terms, or some unknown terms that will be imposed later. You can let go in an intentional recovery, surrounded by supports and cheered by many, or you can wait until hospitals, prisons, or death separates you from your drug. If that sounds pretty grim; it is.

Idolatry
You’ve seen what are called idols: little wooden representations of gods, golden calves, Buddhas, as you walk into a Thai restaurant, Shivas as you walk into an Indian one. They probably seem pretty harmless to you. Keep on walking till you get to the bar. There, beyond your reach, cared for by an attendant, mounted on high, in front of bright mirrors and surrounded by lights, are, for some, the true idols: bottles of booze.

Those bottles of booze are not idols for everyone. They may be expensive and potent, but they are just a beverage, like water, soda, or milk. For an alcoholic, though, they are much more significant. If you’re an alcoholic, they’re a power greater than yourself. If you’re too shy to go to parties, the alcohol brings out your boldness. If you can’t get out of a funk without pouring a drink, then it’s the answer to your prayers. If you don’t know how to get through the day without it, then it’s the meaning of your life. If you’re willing to sacrifice everything: your job, your health, your relationships, your freedom; then it’s your god.

Don’t think you’re off the hook for being an idolater if alcohol is not your thing. If you feel the same way about the mall, chocolate, dope, work, sex, or getting on the treadmill, then those are your idols. Wherever your treasure is, there’s your heart.

You may have not intended on making your drug your God. You might think you’re an observant Jew, a submissive Muslim, a practicing Buddhist, an energized Evangelical, or a good Catholic, but if you turn to your drug before you turn to your God, then I know what Moses, Muhammad, Buddha, Paul, or the Pope would say about it. You’re kidding yourself if you think you’re on the straight and narrow. You know what the path is. Get back on it.

You might think you’re non-religious, rational, scientific, agnostic, or atheistic; but if your drug is your answer to everything, it has become your god. Is this the best you can do?

All the Above
Like I said, there are the four factors that contribute to an addiction. Chemistry, habit, emotion, and idolatry. Any response to addiction that does not take all four into account is going to fail.

You see one dimensional attempts at recovery all the time. The person who only takes a pill for his addiction, or gets through detox and thinks he can go merrily on his way, without changing his behaviors, his feelings, and his spirituality is not going to be very successful. The same goes for the one who treats it just as a habit or an attachment or one who thinks all they have to do is pray. Addiction has a way of hiding wherever you aren’t looking. The thing that keeps you addicted is a lack of thoroughness.